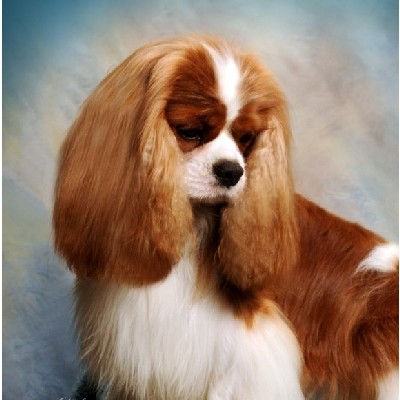 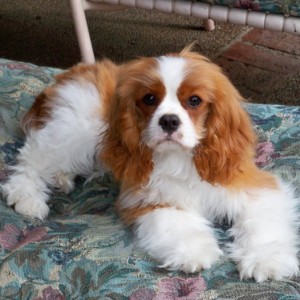 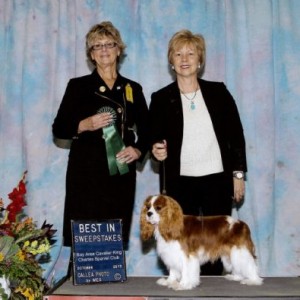 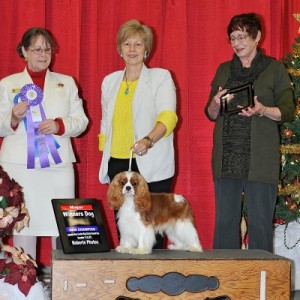 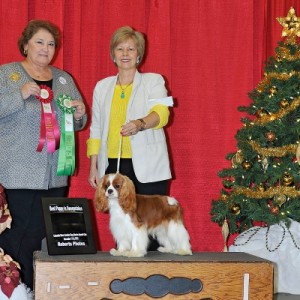 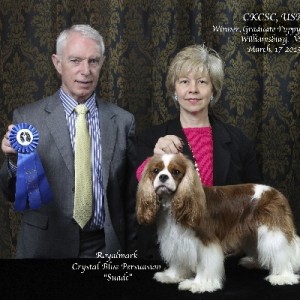 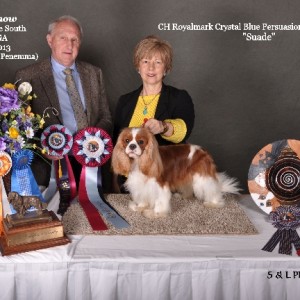 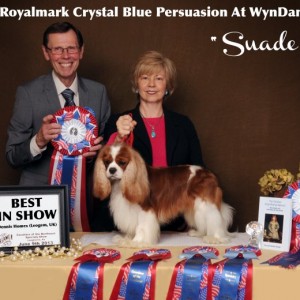 Suade is a true showdog with the structure, carriage in the ring, coat, and most of all the attitude that it takes to be a winner. He debuted in late June 2012 at 8 months of age in Ventura, California, at his first AKC show and took winner’s dog and best of winners and he has never looked back. He won Best Puppy in Show at the AKC Bay Area Cavalieir King Charles Spaniel Specialty in October.

At his very first CKCSC USA COTW show in Vancouver, WA in September he won Best Puppy Dog in Sweeps & all three days of conformation as well as Best Puppy in Show two days. He also was awarded a major by Ireland Judge Evelyn Hurley which was a thrill. He is a joyful boy and his tail never stops wagging. He has a bright future ahead of him.